The History and Theory Behind Orgonite

Orgonite was orignally discovered in the 1930’s and 1940’s, Dr. Wilhelm Reich and was able to detect and measure the existence of etheric energy (life energy, chi, etc.), which he called orgone, using a modified geiger counter. Dr. Reich determined that stacking alternating layers of an organic substance and an inorganic substance would actually attract and collect orgone/etheric energy of both the life-beneficial positive form and harmful negative etheric energy.

In 2000, a couple named Don and Carol Croft discovered through some Internet research and empirical observation that mixing catalyzed organic fiberglass resin with inorganic metal shavings, poured into small molds such as paper cups and muffin pans, would produce a substance which would attract etheric energy similarly to Reich’s accumulators. Carol Croft realized the significance of this finding and took it a step further by adding small quartz crystals to the mixture for their ability to efficiently collect, transmute and emit etheric energy.

The resin in orgonite shrinks during the curing process, permanently squeezing the quartz crystal inside which creates a well-known piezoelectric effect inside the crystal, meaning its end-points become polarized electrically. It is believed this is also what causes the orgonite to function so effectively as a positive energy generator. 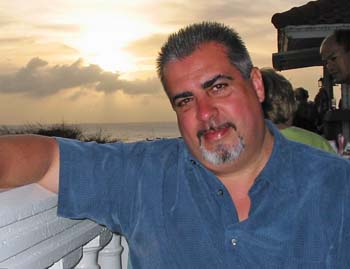 About Pyramid Creations and the Artist, Jay Harris

Jay has been working with crystals, crystal healing and meditation for many years. As a request from a friend, Jay was asked to make some Orgonite spheres for use in a garden to enhance the growth of herbs and plants and as tower busters to create positive energy and harmony on her property.

After doing some research about Orgonite, he created the first spheres and started putting them to work with some amazing results. As time went on, he experimented with different resins, shapes, crystals and metals to perfect and create the beautiful and artistic Orgone Transformer that will bring helpful and healing properties to those who have them. His work continues to evolve as intuitive ideas inspire new designs taking it to the next level.

Although Jay offers some standardized shapes and sizes, each piece is a unique and individual handcrafted creation and no two are exactly alike. The costs vary due to the combination of the ingredients and craftsmanship involved. Requests for custom pieces are welcome.